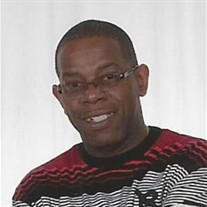 Benjamin C. Alexander, 55, of Peoria passed away at 9:30 p.m. Thursday, March 19, 2015, at Unity Point Health-Methodist, surrounded by his loving family. He was born on March 5, 1960, in Peoria to Burns Alexander and Mattie (Hulbert) Cason. He joined in love with his soulmate of 35 years, Mary Wright. She survives. Ben was a loving and kind person to all that he came in contact with. He adored his children. Ben's greatest pastime was planning and taking family vacations. He was the owner of Top Shelf Specialty Cleaning Service for 20 years. Meeting and helping people was something that Ben loved to do. He leaves to cherish his precious memories his significant other, Mary Wright of Peoria; mother, Mattie (John) Cason of Peoria; father, Burns Alexander of Peoria; two sons, Breon Carr and Elion Alexander, both of Peoria; two daughters, Erica Alexander and Eriall Alexander, both of Peoria; one brother, Maverick (Barbara) Alexander of Richardson, Texas; two sisters, Melanie (Eisenhower) Antonie of Houston, TX. and Samantha Alexander of Springfield, Ill.; four step siblings; Kimberly Perkins and Kevin Perkins both of Peoria, Rosalyn Perkins of Lima, OH. and Carmen Perkins of Conyers, GA.; five grandchildren; along with a host of aunts, uncles, nieces, nephews, cousins and other family members and friends who adored him and will miss him dearly. He was preceded in death by one brother, Bernell Alexander and stepmother Helen Jean Perkins-Alexander and step brother Bryan Perkins . A home-going celebration will be at 10 a.m. Saturday, March 28, 2015, at Friendship Missionary Baptist Church, where the Rev. Dr. Claude Russell presides as pastor, with visitation commencing one hour prior at 9 a.m. The Rev. Patrick Randall will bring eulogy. Ben will be laid to rest in Lutheran Cemetery. Arrangements were made especially for Ben's family and professionally directed by T.W. Parks Colonial Chapel. Online condolences or words of encouragement can be made at www.twparkschapel.com

Benjamin C. Alexander, 55, of Peoria passed away at 9:30 p.m. Thursday, March 19, 2015, at Unity Point Health-Methodist, surrounded by his loving family. He was born on March 5, 1960, in Peoria to Burns Alexander and Mattie (Hulbert) Cason.... View Obituary & Service Information

The family of Mr Benjamin C Alexander created this Life Tributes page to make it easy to share your memories.