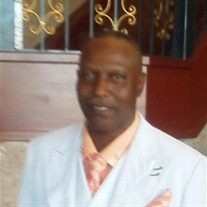 Irvin Carl Lowe, 74, of Peoria, IL transitioned from this life to eternity on Monday, January 27, 2020. Irvin (Broach) was born on August 24, 1945 in Peoria, IL to Willie Lowe and Rosanna Hines. He was affectionately called Brother by his Mother and siblings. He was baptized and confessed Christ at an early age. Irvin was a member of the Church of the Living God, L.B.L.C. #1. Irvin was a tradesman. A plasterer/contractor out of OCPMIA Local 18, where he retired in 2010. He was still actively working until the time he was undertaken by his illness. He was a loving family man, going to check on his siblings daily. Broach was known as the favorite Uncle/Cousin known for his wisdom, jokes, and generosity. He would do anything for his family if it was within his power. He was proceeded in death by his parents, (3) brothers: John Henry, Will, and Charles; (3) sisters: Ann, Alma and Betty; (2) grandchildren: Chaimber and Sirrell. He is survived by (2) sisters: Carrine Bowel and Lucille (Frank) Walker and (2) brothers: Don L Watson and Alvin (Kathy) Vinson all of Peoria, IL. Irvin leaves to cherish his memories, his children: Crystal Rudd of Dallas, Texas, Shirley (Anthony) Nelson of Charlotte, NC, Arthur (Arminta) Carter of Bolingbrook, IL, Cedric Lee and DeVona Lowe of Peoria, IL., (13) grandchildren and (19) great grandchildren, one very special friend, Rosalyn Bell and a host of nieces, nephews, cousins and friends that loved him dearly. We, the children of Irvin Lowe,would like to give a honorable mention to our cousin John L. Blocker affectionately known as “John John,” for taking such good care of our Dad! We love you and are forever grateful. We can’t afford to pay you what you’re worth ,for your deeds of love, kindness, and commitment are priceless! Be Blessed!

Irvin Carl Lowe, 74, of Peoria, IL transitioned from this life to eternity on Monday, January 27, 2020. Irvin (Broach) was born on August 24, 1945 in Peoria, IL to Willie Lowe and Rosanna Hines. He was affectionately called Brother by his... View Obituary & Service Information

The family of Irvin Lowe created this Life Tributes page to make it easy to share your memories.

Irvin Carl Lowe, 74, of Peoria, IL transitioned from this life...

Send flowers to the Lowe family.