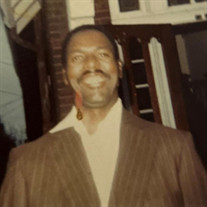 John Linel Hayes Sr, 85, passed away on Friday, April 15, 2022, at 11:10 PM at his home surrounded by his family. John was born February 14, 1937, to Signear Hayes and Leola Christine Reed in Lexington, MS. He was raised by his grandmother, Nancy Sanders. John married Virgil Lee Ellison on August 29, 1964. John excepted Christ at an early age. He is a graduate of Morgan R. B. Slaughter High School. He then moved to Peoria, IL where he and his wife open their own business, Hayes Trucking. He was employed with Amour Meat Packing until they closed. John started employment with Caterpillar in Morton, IL, where he retired on September 1, 2003. John was very devoted to his family and he love to work. He also loved planting vegetables in his garden every year with his family working along beside him. He was a former member of St. Luke MB Church where he served as assistant treasurer and building fund president; later joining Galilee MB Church and lastly member of Tabernacle MB Church. John is survived by his loving devoted wife of 57 years Virgil and his three children; Johnnie Mae Hampton of Milwaukee, WI; Berlyn (James) Garner and John Hayes, Jr. both of Peoria, IL; nine grandchildren, Anthony, Landon (Khadidia), Brittany, Jamila (Dan), Ja’Krease, Brandon, Ja’Keem, Akai, and Isaac. He also leaves his loving memories, twenty great-grandchildren; one sister, Leola Hoover of Chicago, IL, one sister-in-law, Ora (James) McGowan of Shiloh, TN; a host of nieces, nephews and cousins. John is preceded in death by his parents Signear Hayes and Leola Christine Reed; one daughter, Lorna Hayes; two great-grandchildren Bre-Asia and Bre-Elle Hayes; two sisters, Corine Neal and Beatrice Smith; one brother, Andrew Reed and a special aunt, Polly Ann Nellum. A home-going celebration will be at 11 a.m. Tuesday, April 26, 2022, at T.W. Parks Colonial Chapel with visitation commencing one hour prior at 10 a.m. Rev. Alvin Riley will officiate. Interment will be in Lutheran Cemetery. Arrangements were made especially for John’s family and professionally directed by T.W. Parks Colonial Chapel. At the request of the Hayes family, Live Streaming Service be available on T.W. Parks Colonial Chapel’s Facebook page at https://www.facebook.com/twparkscolonialchapel/. Online condolences and acknowledgments will be made at twparkschapel.com. Due to Covid-19, both mask and social distancing are mandated.

John Linel Hayes Sr, 85, passed away on Friday, April 15, 2022, at 11:10 PM at his home surrounded by his family. John was born February 14, 1937, to Signear Hayes and Leola Christine Reed in Lexington, MS. He was raised by his grandmother,... View Obituary & Service Information

The family of Mr. John L. Hayes created this Life Tributes page to make it easy to share your memories.

Send flowers to the Hayes family.