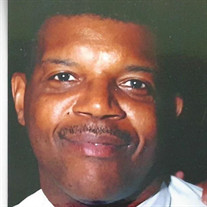 Richard Moody Jr., 65, of Peoria passed away on Thursday, April 26, 2018 at 3:10 a.m. at Aperion Care. He was born on February 21, 1953 in Peoria, IL to Richard Moody Sr. and Helen Holt. They precede him in death. He married Angela (O’Bannon) Moody on September 2, 1996, she survives. Richard enjoyed traveling, bowling, listening to jazz music, and a variety of different sports. He had a passion for education and helping children. Richard also was in the Big Brother Program and a mediator for the Memphis School System. In addition to his wife Richard also leaves to cherish his precious memories one son; Richard (Ashley) Moody III of Salem, MO., one daughter; Danielle Fennell of Louisville, KY., three sisters; Marilyn Hicks of Peoria, Sally (Mac) Moody-Pitre of Memphis, TN., and Carolyn (Donald) Riley of Kansas City, KS., three grandchildren and a host of other family members and friends who dearly loved him. A Memorial Service will be held on Friday, May 11, 2018 at T. W. Parks Colonial Chapel at 1:00p.m. Bishop Kevin Hill will officiate. Interment will take place at St. Mary’s Cemetery at 421 N Sterling Ave West Peoria, IL 61604. Online condolences and words of encouragement can be made twparkschapel.com

The family of Richard Moody Jr created this Life Tributes page to make it easy to share your memories.

Richard Moody Jr., 65, of Peoria passed away on Thursday, April...

Send flowers to the Moody family.