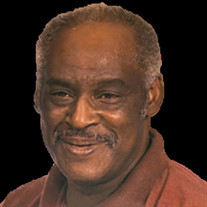 Elder Thomas V. Broadway Sr. age 75 departed his earthly life on Sunday, February 2, 2020 at 5:58 am at OSF Saint Francis Medical Center surrounded by his children and grandchildren. Elder Broadway was born May 18,1944 to Quincy and Lillian... View Obituary & Service Information

The family of Thomas Broadway created this Life Tributes page to make it easy to share your memories.

Send flowers to the Broadway family.